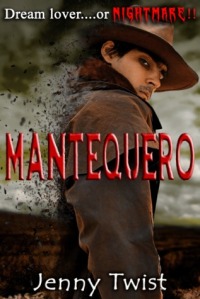 Today, I am delighted to host British author Jenny Twist.  Since relocating to Spain a few years ago, she has discovered -much to her fascination- the local legend of The Mantequero, a Spanish version of your average, deadly charming vampire…. If you are an author, you are already guessing what has yielded from her mystification: Yep, that’s it –  she has created a series of two amazing books about it! Enjoy her post where she talks about this fascinating myth and get your diaries out to mark the date January 31st! This is when the sequel, “Disappeared” is released but that is not all. The first book in the series becomes available for a FREE download on Amazon on the same day and for a limited period of only 3 days! Don’t miss out peeps 🙂 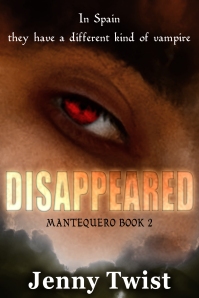 I first read about the mantequero in Gerald Brennan’s ‘South of Granada’, a book about his life in the Alpurran mountain village of Bubión.

He tells the tale of how a tall, thin and very pale aristocratic friend of his was captured by some peasants when he was walking in the mountains. They were convinced he was a mantequero because he was so pale and thin, and were about to murder him on the spot, but decided, to be on the safe side, to take him to the mayor. Luckily the mayor was not so superstitious and told them he was not a mantequero but an Englishman.  I was very intrigued by this and did some research.

The Mantequero, also known as the Sacamentacas (Taker of Fat) and The Man with the Bag, is a creature of Spanish legend who comes in the night and sucks all the fat from your body. This he keeps in a leather bag which he carries with him at all times.

There isn’t a great deal written down about the supernatural being but, as with other kinds of vampire, real live people have been accused of imitating the mantequero, the most notorious being Juan Díaz de Garayo, who confessed to six murders but was probably responsible for many more. He was, however, only given the title ‘mantequero’ because a child he attacked was so horrified by his ugly face that she thought he was the sacamantecas (another name for the same creature).

A more viable candidate is Manuel Blanco Romasanta, born in 1809, who was a travelling vendor of fats used for greasing wheels. He was accused of using human fat in his products, but escaped justice and went on to murder a further nine people, inflicting horrible wounds and partially eating their corpses.

As recently as the summer of 1910, Francisco Leone, a healer, kidnapped and killed a seven year old boy with the sole purpose of extracting his blood and fat, for use in the cure of a third man suffering from tuberculosis.

But of the legend itself there is very little, so I felt justified in inventing my own mantequero.

In the first story, simply called Mantequero, I didn’t attempt to add much to the legend, merely suggesting that the creature appears at dusk. But of all the short stories I have written, this has evoked more requests for a sequel than any other.  At first I couldn’t see how I could write a sequel, since I had written myself into a corner with the first story. Then a dear friend suggested a possible way out. Obviously I can’t tell you what that is, or I’ll spoil the book.

My problem was that this sequel got out of hand. It just kept growing and growing and instead of a short story it has become a novella. I wasn’t going to get away without fleshing out the legend a bit more.

I do not approve of making stuff like this up. If you write about a legend you should jolly well stick to the sources. But there aren’t any. This is, I think, an example of oral myth which has never been properly documented.
I’ve spoken to my friends in the villages here and they know very little about it (or they’re not telling). It could be that the mantequero belongs exclusively to the Alpujarran region of Spain. Or even that he has been forgotten now that modern technology has put all those other lovely stories in reach of the Spanish peasant farming communities.

So I have cheated. Where I have felt something must be explained, I have drawn on existing vampire myth. If I have veered too far away from the real mantequero myth I apologise in advance. But I think it works as a story and I really hope it will satisfy those readers who wanted more.

So here it is ~ ‘Disappeared’ ~ available on Amazon from 31st of January.

I have scheduled a free download of ‘Mantequero’ to coincide with this, running from 31st January to 2nd February.

A word about the covers.

I had a pretty clear idea of what the mantequero should look like but could find no suitable image to work with. However, I had a secret weapon ~ Su Halfwerk of Novel Prevue.

The cover she produced for ‘Mantequero’ has not only delighted me but my readers, many of whom have commented on it and said he looks exactly like their own mental image of the character.

So, not being a fool, I also asked her to do the cover for ‘Disappeared’. She is now so completely in tune with me that she immediately produced the perfect cover. We didn’t even have to play around with it.

I’d love to know what you think if you have the time to comment. 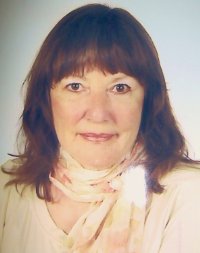 Jenny Twist was born in York and brought up in the West Yorkshire mill town of Heckmondwike, the eldest grandchild of a huge extended family.

She left school at fifteen and went to work in an asbestos factory. After working in various jobs, including bacon-packer and escapologist’s assistant (she was The Lovely Tanya), she returned to full-time education and did a BA in history at Manchester and post-graduate studies at Oxford.

She stayed in Oxford working as a recruitment consultant for many years and it was there that she met and married her husband, Vic.

In 2001 they retired and moved to Southern Spain where they live with their rather eccentric dog and cat. Besides writing, she enjoys reading, knitting and attempting to do fiendishly difficult logic puzzles.

She has also written an anthology of short stories – Take One At Bedtime – and co-written the anthology  Bedtime Shadows – with the inimitable Tara Fox Hall.

She has contributed short stories to many other anthologies, of which two – Doppelganger  and Uncle Vernon have recently been released as short ebooks.

Her first self-published ebook, Away With the Fairies was released in September 2012. Her second,

Mantequero, was originally published in Winter Wonders by Whimsical Publishing and has just been released as a short ebook.

Nobody had ever wanted to kiss June until she met her holiday romance. Ignacio wanted to kiss her all the time.  But was it just kisses he wanted? Or did he have a more sinister purpose? Soon June begins to lose weight.

Miss Blacker has disappeared. She never came back after the Christmas holidays and Alison is convinced something dreadful has happened to her. When nobody believes her she sets off to Spain to track down the woman whom she believes to be the best teacher in the world. It wouldn’t have been so bad if her companion, Heather Jones, hadn’t have been quite so fat. The mantequero likes fat girls. He likes them a lot. In Spain they have a different kind of vampire. 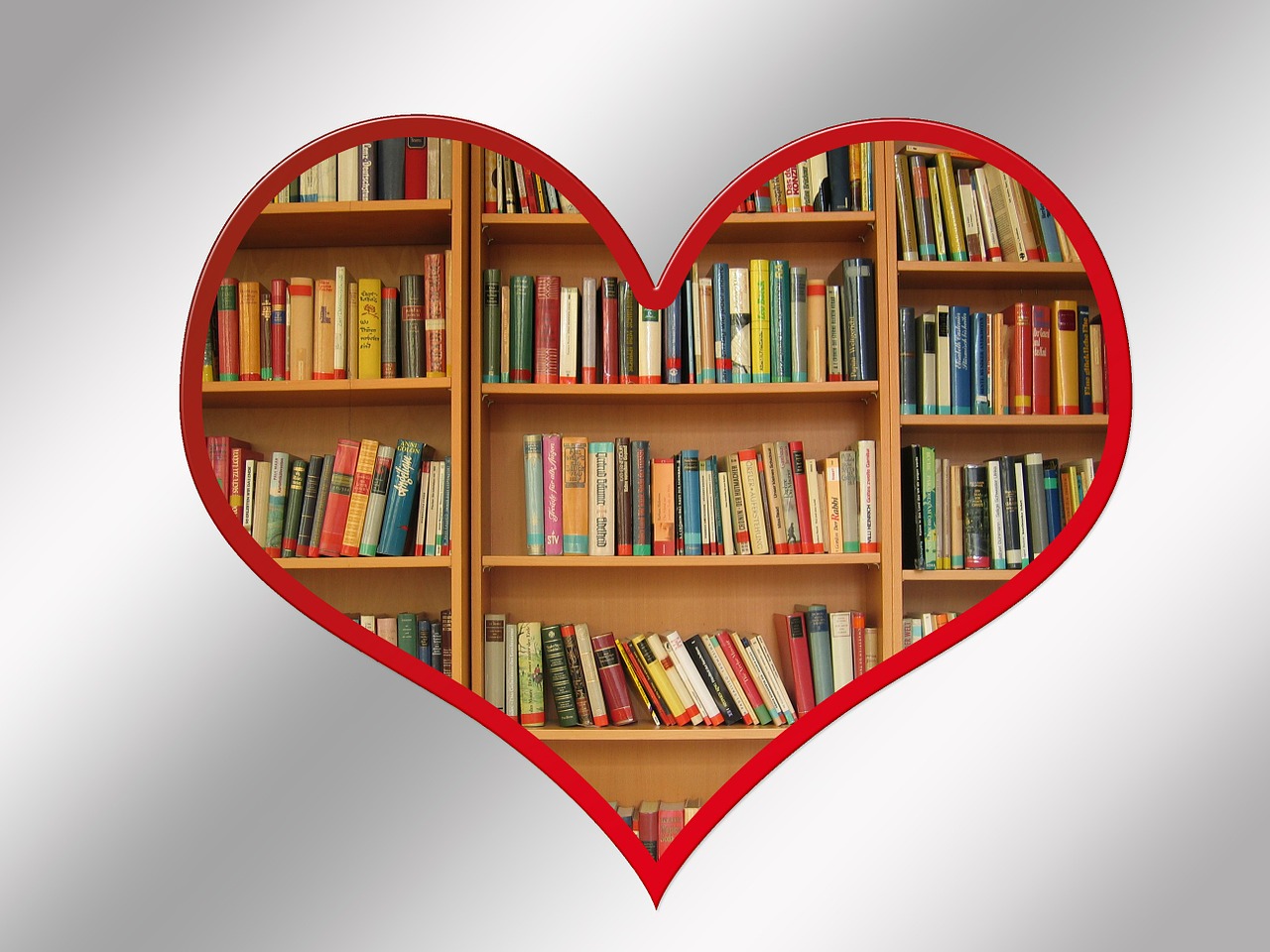 19 responses to “Guest Post: “Disappeared” – Is the Mantequero Real or Myth?” 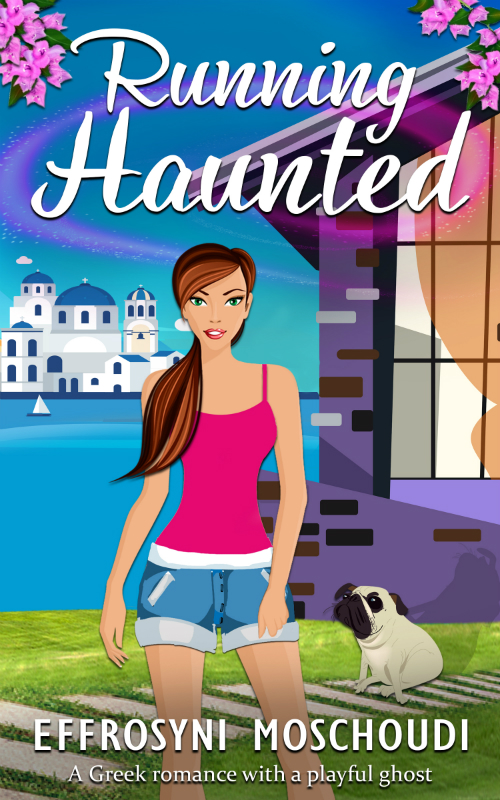 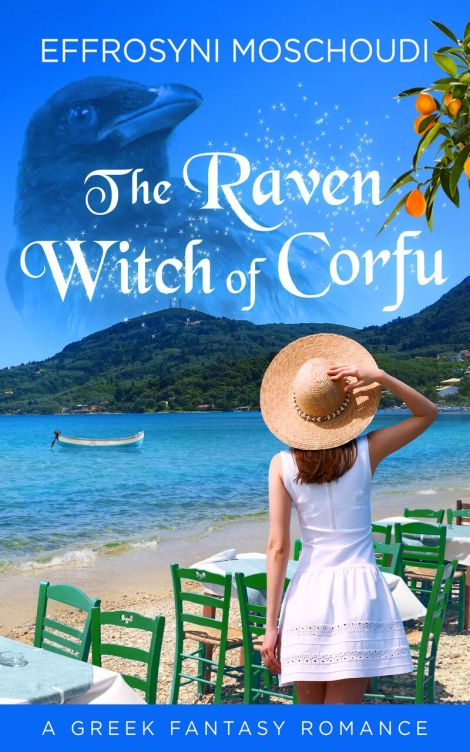 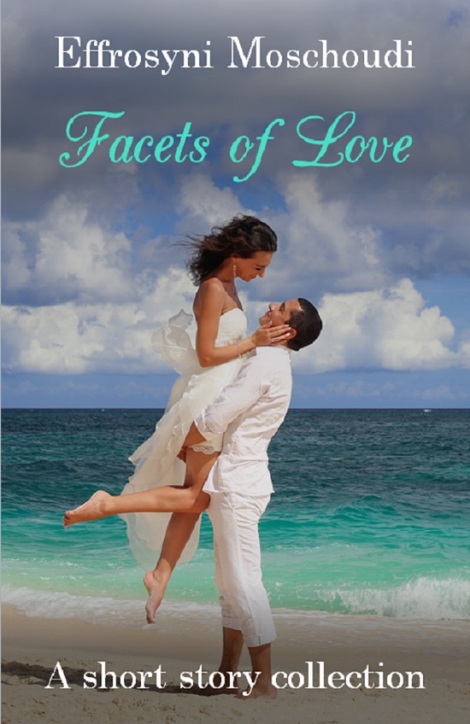 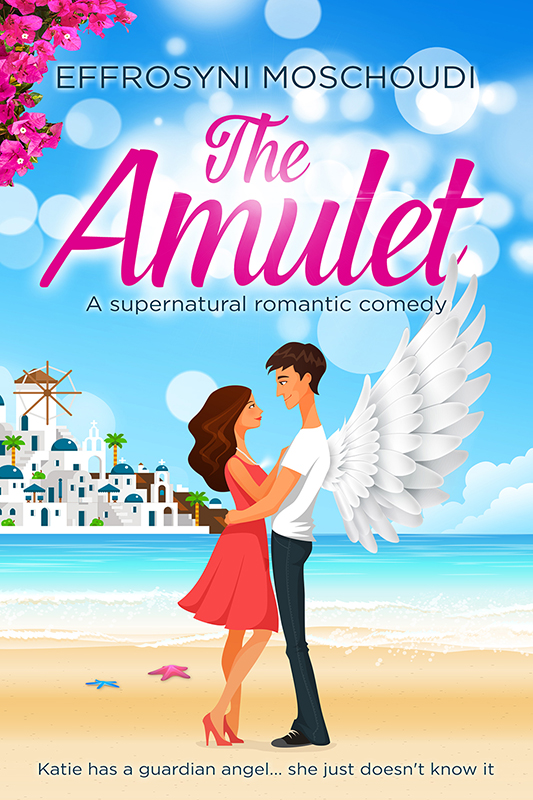 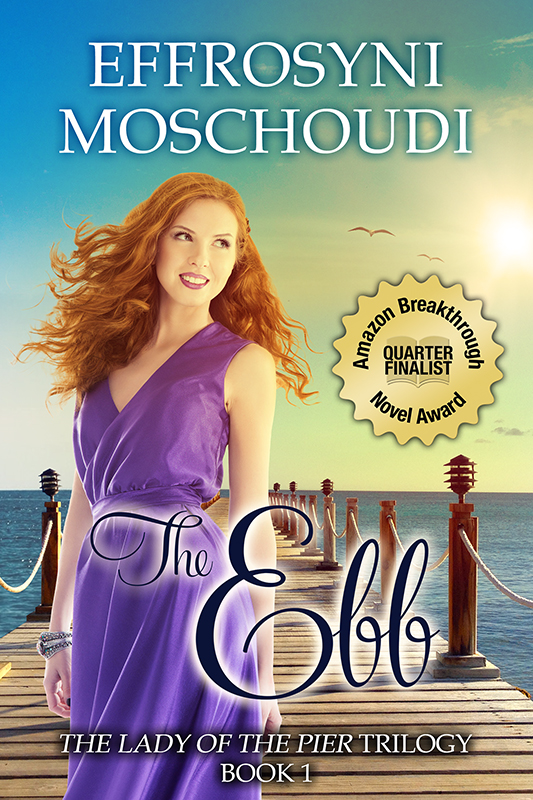 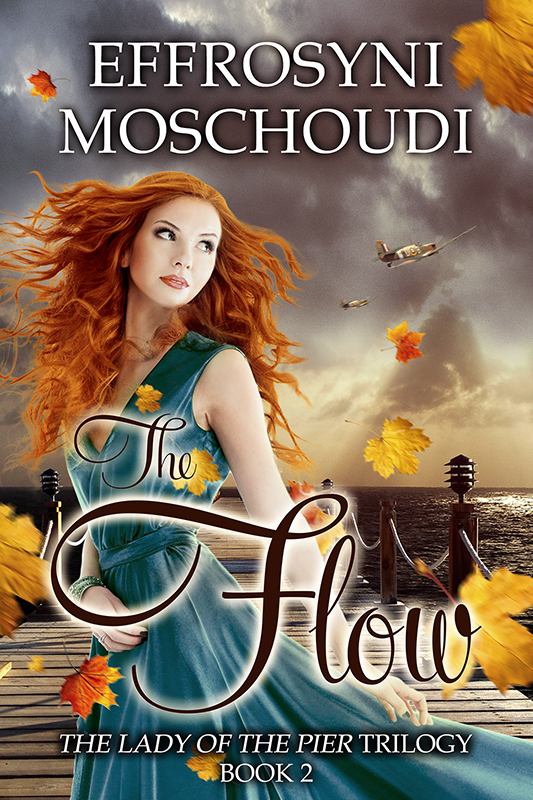 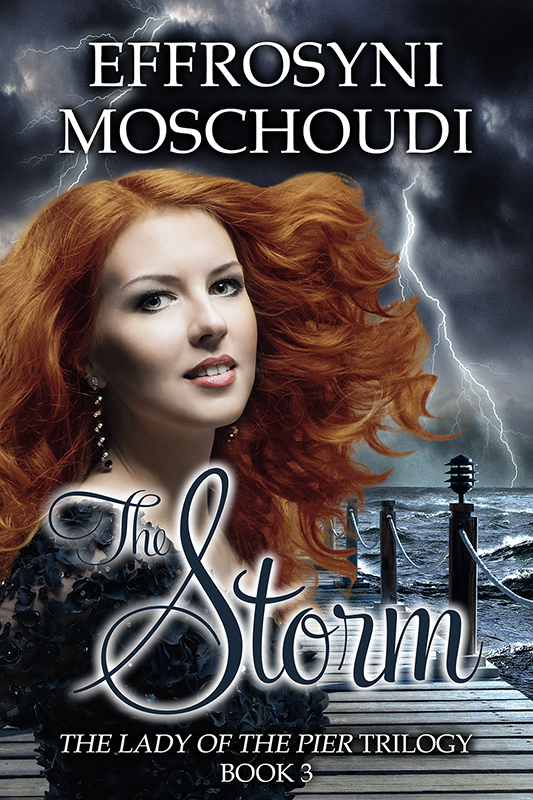 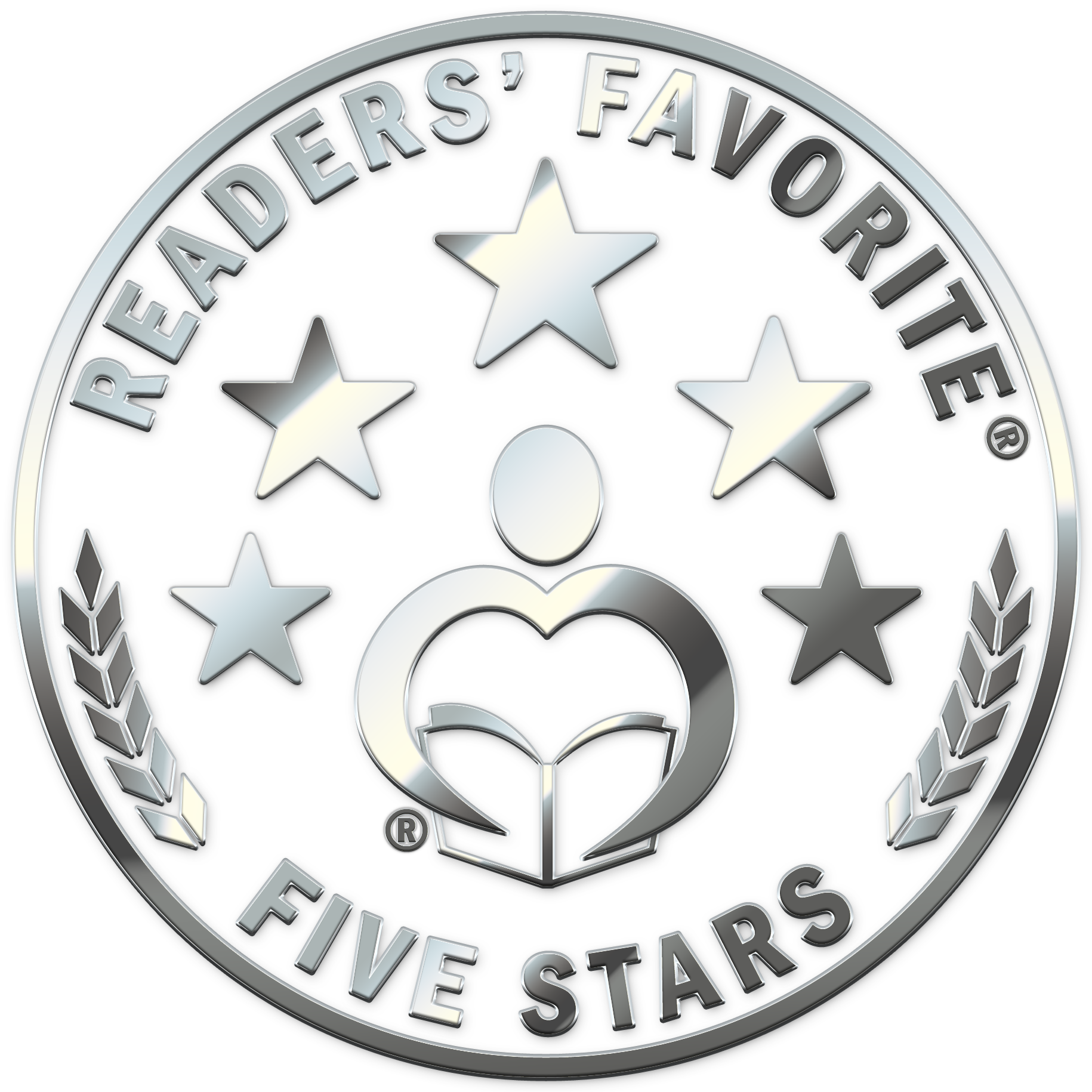